Of course, this is only a theory. Most of the masters in the holy land can't live for tens of thousands of years, and they often fall in the middle of the way. Because they have experienced too many battles in their lives, they will inevitably have hidden diseases. Usually, only when they are above the Lord, can they really live for more than 100000 years.

Therefore, seniority and age are not important among the saints. A ten thousand year old master of holy land has no difference in body and appearance with a young man of 34 years old.

However, Lord Yaoguang thought carefully. Although the cultivation of Guanghan palace master should be above Qin Chen, Qin Chen will catch up with him sooner or later in terms of talent. Maybe

He tried not to think about it.

The master of Guanghan palace felt the strange look in the eyes of the Lord Yaoguang. He was very ashamed and indignant that he didn't know what he was thinking.

Yonghe mansion Lord is some strange, the strange atmosphere between the three people, even whispered.

"It's OK. Are you sure you found the weapon refining force in ancient heaven" The master of Guanghan palace frowned.

"Yes, it's true, but we just doubt it, because the space is very secret, and we can't get into it because of our accomplishments. Therefore, we missed the opportunity to come to congratulate the Lord. However, we have heard that Shaoxia Qin, the master of Guanghan palace, has been passed on by Tianhuo Zun in the testing place. With the help of Qin Shaoxia, we can even inherit the venerable Yes, with the help of the palace master, you may be able to open the prohibition of the ancient heaven court and enter the treasure

Yonghe said in a hurry.

Lingxue palace master also echoed: "Guanghan palace master, this is an opportunity for us to ask about the rise of Hantian. Of course, we also hope to be able to unite around you and ask for better construction of Hantian. However, after the treasure is opened, we need 60% of the treasures."

The master of Lingxue palace is bargaining, which is vivid.

"If so Then show us around. " The master of Guanghan palace glanced at Qin Chen and said faintly.

"Well, it should not be too late. If someone finds out, we will lose a lot." Lingxue palace master immediately rose to the sky and led the way ahead.

The master of Yonghe's mansion also rose from the sky and said to Qin Chen, "young Xia Qin, you should go with me. By the means of inheriting the heavenly fire master, you will be able to open the treasure land. You are the man of destiny."

"It's really insidious. Even I'm calculated. It seems that I'm one of the main targets." Qin Chen sneered, but his face was still. He said with a smile: "it's natural. Go. I'd like to see how powerful the inheritance of the ancient heaven court is!"

Suddenly, Qin Chen stealthily collected Qianxue and others into the heaven and earth nature jade dish and hid them. At the same time, he rose up together with Guanghan palace master and Yaoguang holy master, followed by Yonghe and Lingxue palace masters and left Guanghan palace.

Yonghe said with a flash of his eyes.

In fact, he is not willing to let people who work in the sky get involved. However, on this occasion, it is not good for him to let the Lord Yao Guang leave. Otherwise, it would be too unnatural for him to take a look at it step by step.

During the journey, Yonghe and Lingxue palace looked at each other and exchanged ideas. All of them were conspiracy, but they were well hidden.

Qin Chen's three people seem not to be present at all.

This made them secretly happy.

"The master of Guanghan palace is too arrogant. He thinks that he has some strength. He makes such a disturbance in wenhantian and destroys several prefectures in succession. If such people really want to master Wen Hantian, I'm afraid there will be no peace in Yonghe's house, and I will be swallowed up by Guanghan house sooner or later. This time, the people from Yao Mie's house come to visit. How can we miss such a good opportunity

The master of Yonghe calculated: "we can't get the inheritance of the God of fire in Qin Chen, but the God of destroying heaven promised us that as long as we defeat Guanghan house, yaomie house is willing to support Yonghe house and Lingxue palace and become the leader of wenhantian. At that time, the whole wenhantian will be under our rule, and there will be yaomie house as the backing for future breakthroughs It's not extravagant hope, either

He is also not afraid that the people in yaomie's house are not true to their words, because Yao Mie's house can not directly intervene in the affairs of the cold sky. He can only go through his Yonghe mansion or Lingxue palace. Therefore, the only thing he needs to worry about is the benefit sharing between him and the master of Lingxue palace.

However, it is still at the stage of cooperation, and there is no need for too much gap.

Guanghan palace master and Yaoguang holy master followed quietly, without saying a word, but they communicated with Qin Chen: "Qin Chen, are you sure that the refining power of ancient heaven is deceiving us"

It is very likely that the people in yaomie's mansion have got some information and know that there is a top power in wenhantian, so they always want to occupy it. This time, they also use this reason to seduce Guanghan palace masters to come out.

It's a pity that the people in Yao Mie's mansion didn't expect that this inheritance had been obtained by Qin Chen.

Even the master of Guanghan palace didn't know that there would be a top ancient weapon refining force in a city under her territory.

"If the treasure is completely fake, why should we follow it If I'm right, the Yonghe mansion masters will surely bring us into the trap of the God exterminator. Then, we will be in danger. It's better to do something first, and directly suppress the Yonghe Prefecture master and Lingxue palace master, and then make another plan "

The master of Guanghan palace has an awe inspiring way.

"Don't worry." Qin Chen sneered, "these two people must have the mark left by the God exterminator. If we act rashly, we will be detected by the other party, and we will lose the initiative opportunity. The Yonghe mansion master and the Lingxue palace master are just small miscellaneous fish. The key is the three God of mietian. I'd like to see what kind of plot they have set up!"

"After a while, there will be a fierce battle. Both of you are ready. Although you have just broken through the middle period of the Lord, the strength has already reached. Under the sudden attack, the other party can't resist it. With me, the three people join hands to kill one of the three first."

Qin Chen is full of confidence and has been calculating various possibilities in his mind.

www.novelhold.com , the fastest update of the webnovel!- 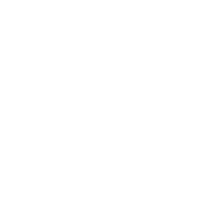